On the morning after one of the most heated, and most watched, elections in our nation's history, rather than think about this side or that, I'm trying to think "W.W.G.D."

What would Grandma do?

See, my grandma was The BEST. Ever. You might think your grandma was, but that's just not possible. Mine was. Unless you're my cousin, in which case "Hi!" :-).

But what would Grandma do the day after this election when so many issues passed that she wouldn't have approved of?

Grandma would have carried on loving everyone in her sweet, gentle, non-judging way. For instance, Colorado legalized marijuana. Grandma would not have approved of that. But she would still love others - whether or not they chose to smoke it. And so will I.

Grandma would not have approved of some of national issues that have come into being recently, but she would have loved and supported those who chose to support them. And so will I.

Grandma would definitely not have approved of all the hate-slinging during the campaign! Ugh! (I don't really think any of us "approved" of it!). But Grandma would still love others regardless of their political affiliation. And so will I.

Grandma would have carried on with the business (and busy-ness) of life. Loving her family, and being a true, and tremendous, blessing to all of us.

And Grandma would have sewed. :-)

And so will I.

Late last night, I (finally) started and finished my Mod Mosaic blocks for Susan. Such a pretty color combination with the Kona coal grout and green, blue and violet tiles. 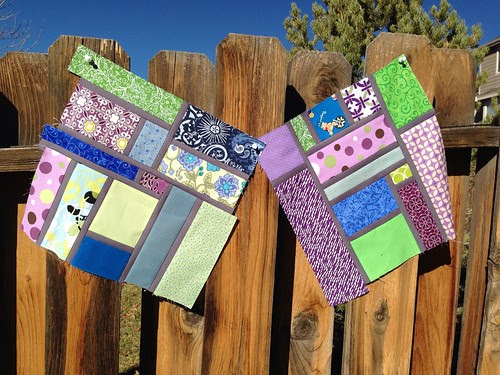 The lighting is poor, but I assure you, that square up there is green. :)

I spent an inordinate amount if time this weekend trying to make order out of the chaos that is my crap craft room. Here's a series of photos from the epic event. 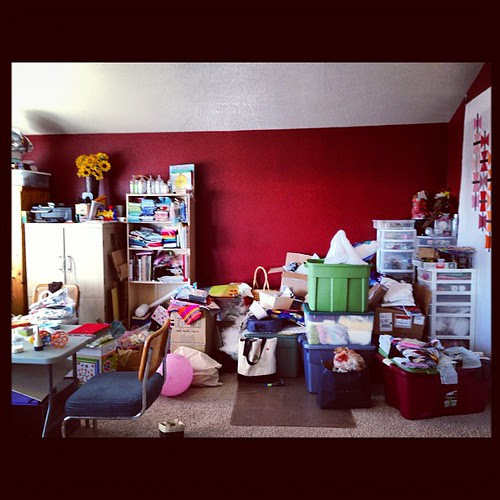 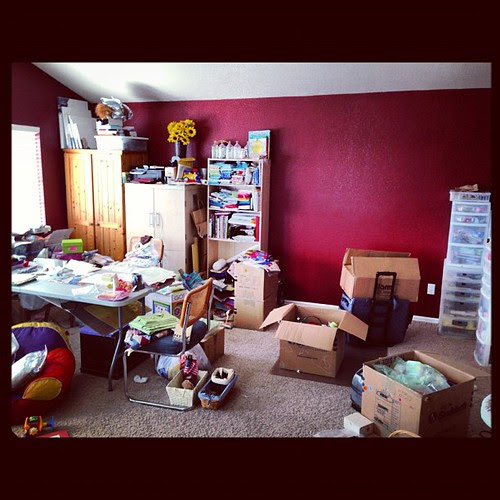 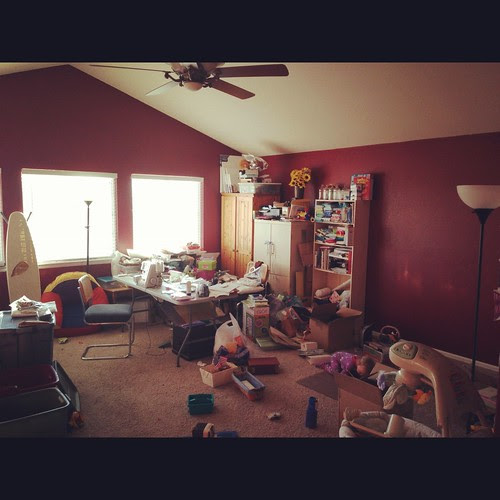 I lost track, but I think I threw out 3 large boxes of trash, took one large box to the charity shop, took 7 pillowcases filled with scraps to become kitty beds at Happy Cat Rescue, and...

I can't take all the credit, though. Dave's dad and his other half were in town, and Nancy was the wind beneath my tired wings. She even pulled out an old thrifted cabinet I'd been wanting to redo and redid! Moss don't grow on that rolling stone! She left it to me to do the touch-ups. I now know that I do not have a future in furniture renovation. :-). But let me tell you what! I am LOVING this black cabinet!! No one will even notice the imperfections because my fabric will just glow inside. :-) 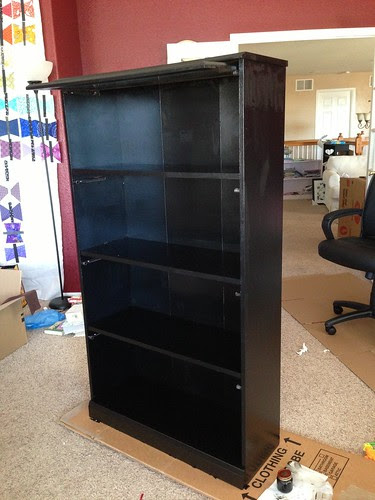 I am sad to report that Craft Room Declutterification 2012 is incomplete. There is quite a bit of work left to do...

OH...by the way! Thanks for all your wonderful comments about bullies in blogging and social media. It turns my stomach, but it's definitely made me think about my actions, and reactions, to others. It's also made me think about another thought-provoking post that'll take us back to high school again. :-/

(linking up with Lee and Svetlana at Freshly Pieced. )