I didn't finish a thing this week.

Not even the laundry.

I've got one quilt that I'm binding (have been for about a year, now!), and there is only about 18" left, but I just can't seem to sit down and finish it. Pphhhbbbbttt.

On a brighter note, I'm almost done with my black and white bee blocks for Shelley. I love her plan of having the tiles be a print, the grout be black, and have a splash of aqua and green in there. Fun! 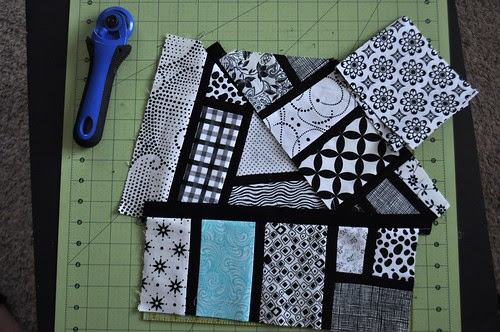 I'm trying to figure out how to do the letters for Alison's blocks. There are some good tutorials out there, but I kinda want to make my own, you know? Always doing things the hard way. That's me. :)

I plan to get the fabric for a couple of things, including Mookie's summer quilt, this week since there's a sale at Crafty Laine, my LQS.

One thing I'll be getting fabric for is the Multi-tasker Tote class that Anna Maria Horner will be teaching to my guild on August 4th.

Yup, you read that right.

I am SO super excited!!  I want to scream it through my blog post!! :)  I can't wait! We're getting the patterns early, and I'm hoping to cut my fabric ahead of time so I can actually spend the day, you know, sewing. :)  But I have no idea what I'm going to use for it. I'm thinking I'll start simple and use a polka dot/solid combo, and then once I get the hang of it, I can get into some more complicated fabrics.  I can't wait, though! Hopefully next week I can show you what I've picked out. :)  Anna is also going to speak on Friday night, at a special "guild only" event. Yup. It pays to belong. (I really really hope she has a good time and loves Colorado!)

I've still got to work on my Project 10-4 stuff. (sigh) It's just sitting there.

And my Scattered Jewels blocks for Rachel for the {Faith} Circle of the do.Good. Stitches bee. Haven't even pulled fabric for it yet.

That's it. That's all I can think of. There is so much more, but it's kinda depressing to keep writing about what I'm not getting done. :)

Laundry. Does laundry count as a WiP? Because I can't ever seem to get that one done!

And somehow I missed posting last week's WiP post. Well, let's be honest. I didn't even write it. Busy isn't a word I thought I would be using to describe the summer, but that's the way it has been!

Here are a couple of finishes from the last few weeks.

1. I bought some of that pre-smocked fabric at Joann's and sewed a seam and some ribbon to it, and made dresses for the girls. Of course my 2 yo won't stop moving to get a good picture. She's just a wind-up toy!  And my 4 yo wants to wear hers every single day. Over and over again. It's part cute, part annoying. :o) 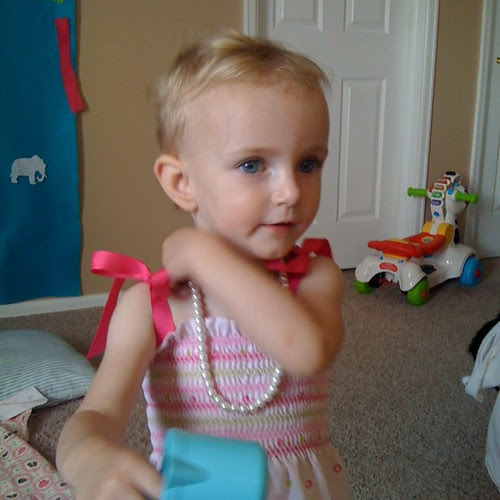 2. My aunt called and asked if I wanted my great-grandmother's treadle sewing machine. Um, YEAH!! It has seen better days, and it's seen a bit too much sunshine, but it is stunningly beautiful on the inside.  It's not perfect, and it doesn't work right now. I don't plan to restore it anytime soon, but I guess I could put it on the WiP list. :) I hope to take some good pictures of it someday soon. It is really breathtaking. 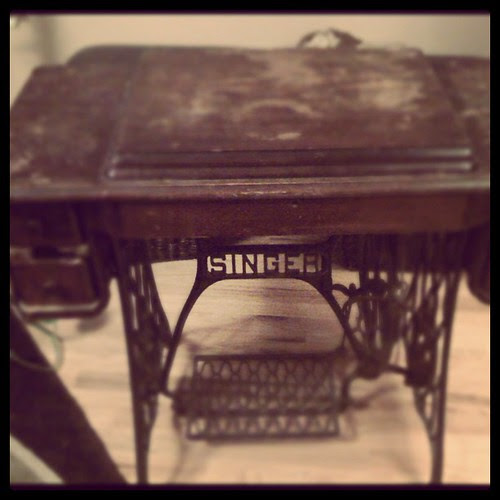 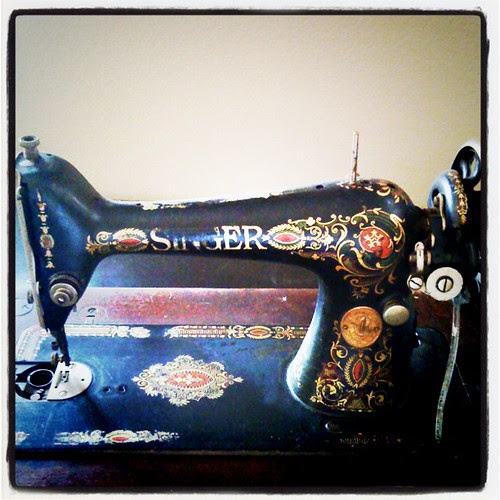 3. I finished Nicole's blocks for the Bee Happy Bee. She sent us a handful of shot cottons and asked us to make a large block inspired by the quilts of Gee's Bend. While I had a hard time getting out of my habit to design and organize and engineer a block, I found it liberating that there was no end goal, you know? It didn't even have to be square. She just wanted us to enjoy the journey, and let the block evolve. Love that. 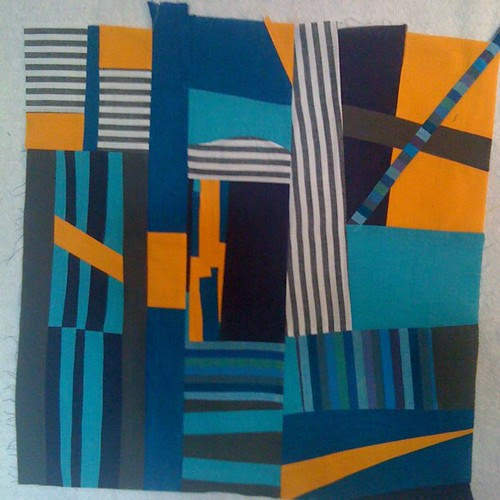 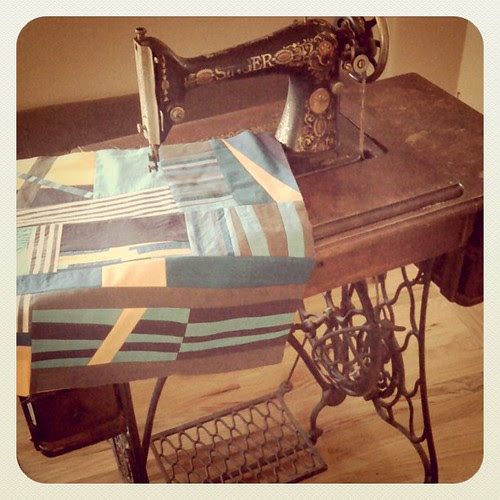 Here are a mere few of my Works in Progress.

1. Bee blocks galore.
Black and white blocks for Shelley in the Mod Mosaic bee. I think this will be a striking quilt. 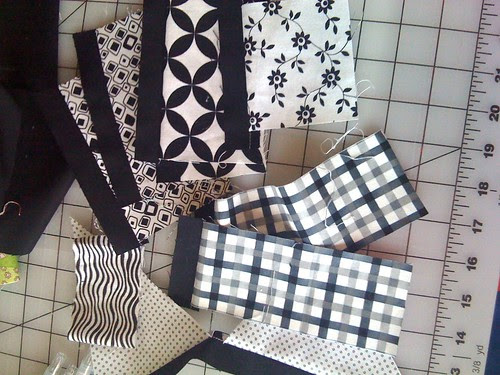 Word blocks for Alison in the Bee Happy Bee. These are already looking really fun. I can't wait to have the brain cells to start on mine. :) 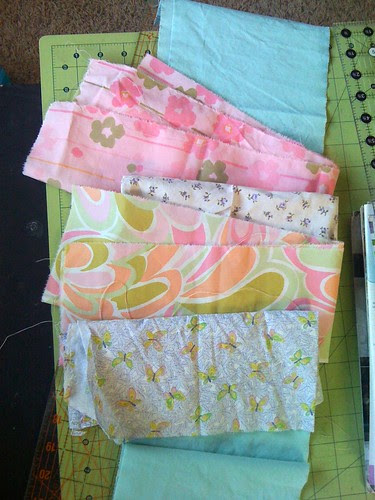 Scattered Jewels blocks for the {Faith} Circle of the do.Good Stitches bee. I haven't even started to pull fabric for that, so I don't have a picture. I just wanted to put it down here so I don't forget! :) 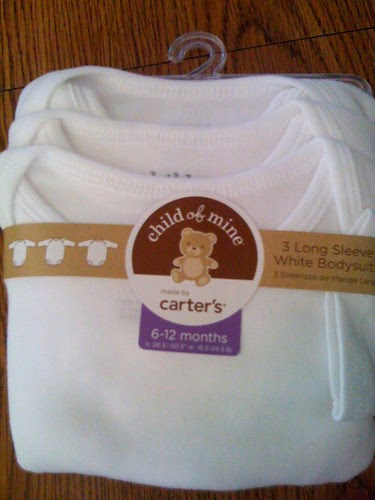 3. Multi-tasker Tote Anna Maria Horner is coming to speak to the Front Range MQG on Friday August 3rd, and she's teaching the Multi-tasker Tote class on Saturday, the 4th. I've decided that I'm going to try to cut my fabric out ahead of time, and try to make 2 bags during the class. Yes, I know I'm insane. So, since we're aware that I've pushed my sanity aside, I've got to pick out my fabrics for the two bags. For one, I think I'm going to sew scraps together and "make" my own fabric, then for the other, I'm not sure. I'm thinking of using my beloved Calypso Ovals in blue from Blend. (Love!)  My alternate fabric will probably be a solid. Or maybe a coordinating polka dot. I don't know. :o)  I don't actually know how to pick fabric for things! :o)

4. Mookie's Quilt
We cut the printed fabric for my 4 yo's Heather Bailey summer quilt, now I just need to get the solid to go with it, then we'll cut that and sew, sew, sew. She's got the attention span of a 4 year old, so she might be 8 by the time we finish, but we're going to try! :o) 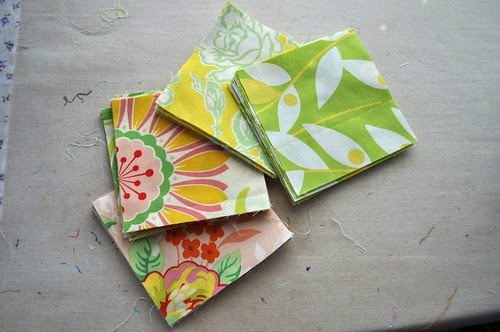 And dinner. Every day they want dinner. Strange creatures. :o)

Hope you have a great week!

(linking up with Freshly Pieced's {WiP} Wednesday post, hosted by Taryn this week.)

Or, as I often heard when we lived in England, Happy Insurgents Day!  :o)

Can you believe the year is half over??  Me neither. Christmas is only a blink away!

Thanks to all of you who commented or sent emails about the wild fire west of town. We are safe, and have been the entire time, really, but the officials say the fire is no longer a concern to Colorado Springs. It's at 80% containment, so they are still fighting it, but probably not with 1000 firefighters like we had last week. But, MAN, that thing was horrific. Nothing in my life was ever really threatened, and yet I'm still processing it. I can't imagine what the people are going through that really lost everything. Those houses that burned (347 total) burned with such intensity that NOTHING survived. Where strong homes once stood, now piles of ash remain.

On that note, while there are a lot of different organizations and groups asking for quilts, Julie at Have Fun Quilting is taking quilts for victims of ALL the wild fires raging in the west right now. If you want to make a quilt for a victim, feel free to check her out. She's being very organized and deliberate about how she distributes the quilts. If you want to donate a quilt, or any quilt parts, I strongly encourage you to research the person/blog/group that you're giving it to. And GOOD FOR YOU!!!


Once all evacuees house guests left, and the house was quiet again, I was able to do a little sewing. Not enough, mind you, but a little. That baby boy of mine still thinks holding him 24/7 should be my first (and only) activity. :o)


I finally finished Natalie's bookshelf block for the Bee Happy bee. It measures 10 x 20", and is going to be part of a wall hanging, so we could add things and do things that wouldn't work on a bed quilt. 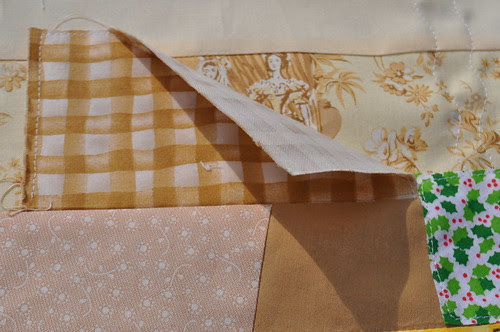 And a steamy cup of coffee in a Christmas mug. 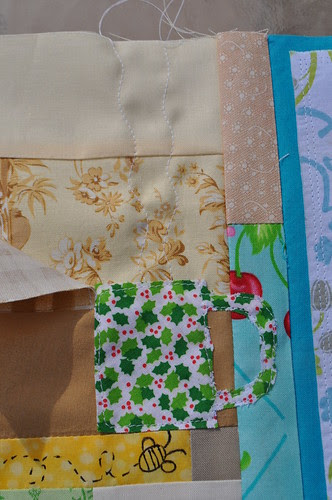 And a wrinkle in A Wrinkle in Time. :o) 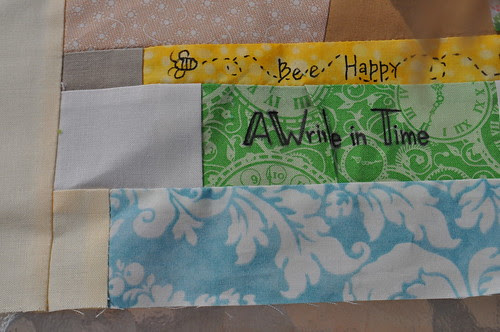 While it is definitely OUT (far, far out) of my comfort zone, it's fun to be able to add things, or try techniques that I couldn't do if she were going to use this quilt on her bed.


I spent a little smidge of time on Leona's mod mosaic blocks, and hope to get them done today. 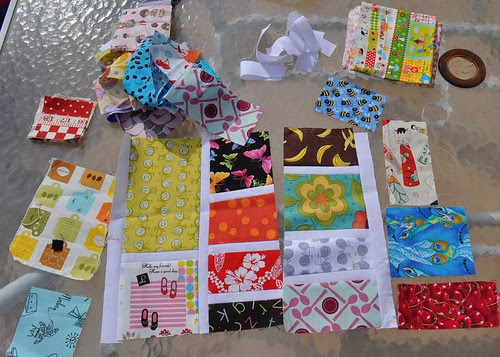 I also cut some hexies for Aunt Spicy. She's going to make a hexie quilt for Quilts of Valor, and another one to send to Australian soldiers. She's so generous, and inspiring. And FAST!!! That woman can SEW! :)

And, as further evidence to her generosity, she sent some Heather Bailey fat quarters because I'd mentioned that my 4 year old wants to make a quilt this summer. THANKS AUNT SPICY!!! We're going to pick out her solid today. She's pretty excited. :o) 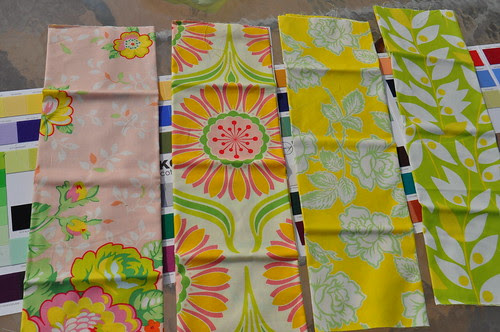 I, of course, still have a million other bee blocks to make (9 feels like a million to me right now), and other projects to do. But I can only eat this elephant one bite at a time. So I'm going to spend my day of freedom sewing! Yay!

And linking up with the summer traveling {WiP} Wednesday, of course. :o)