Tangled in The Web

So, yes. I cleaned off my workstation.  Yes, I've been productive. The whole "everyone off the Internet for a whole day" thing helped on Wednesday. Thank you, lawmakers. :o)

Unfortunately, I've been productive doing things that I can't post about!!

So, anyways, here's a picture of the mostly stuck on the design wall Happy Quilt for you: 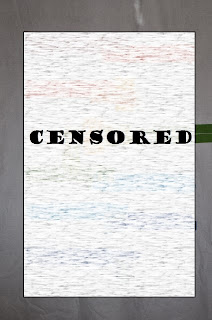 I've got to cut some background fabric for it, and I can start piecing it, but I had to order a very small amount of fabric to complete it. I'm hoping to break out of this odd habit I have where I canNOT begin a project until I have all the parts for it. Even if I'm waiting on something miniscule to be used at the end. It's just wrong for me to behave and create that way! It's an incredible waste of precious time...so, yeah. I want to stop that silliness. :o)

I also got the binding ready for the quilt I have to bind. The binding reminds me of Fruit Stripe gum. Remember that? It was good. Except the flavor lasted exactly 9.4 seconds. 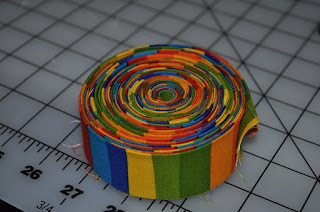 I think I'll probably bind The Happy Quilt with the Fruit Stripe binding also, and change the name of the quilt to Fruit Stripe. :o)

I worked on a frustrating bee block that I can't show you (see interwebbyness above), and didn't get it done. First of all, I'm following a tutorial that isn't written quite as accurately and explicitly as I need. Second, this one isn't a mindless block, if that makes sense. There's a lot of attention required. And maybe a lot more patience and confidence than I have. I'm very tempted to throw it away and just start over. I just don't have the time or the energy to attempt to take something that is a failure and make it look fabulous, when, in the end, it's going to look like a failure anyways. I've already spent more time on it than I care to admit, and I'm just not sure that spending more time will make a difference. I'm ready to cut my losses and start over.

In a Truth Project update, I'm finding it really hard to live within the limits I set for myself. Some things are easier than others, of course, but some of them are just really hard! Last week we did really well with not eating out, but this week, we've eaten out twice. I did buy fabric, but I only bought fabric for projects that I have in mind, and are already in progress, so that's okay.  I did buy a sewing tool I could possibly borrow, but I'm not sure if I know anyone who actually has said tool, so I haven't used it yet, and I'm still holding onto the receipt. :o)  And I did have to buy an office supply item. I had to buy a new printer because our old one was possessed by evil spirits. And it was on super sale. And I know I'll be infinitely happier (right??). That printer was what blew my budget, though. And our trash can broke, so I need to buy a new one of those. Sweet little, angel-faced, Sprout loves to get stuff out of the trash can, so we need a robust one. With a lid. ;o) 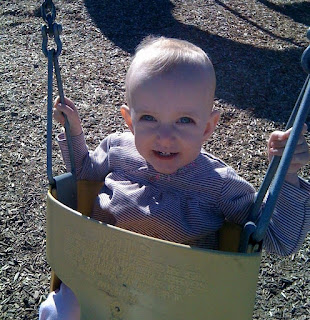 It's strange, though. Sorta. Yes and no. That in my attempt to cut out the "spirit of poverty", I'm feeling more strapped than ever!

The Truth is depressing, isn't it!
Posted by Melissa at 8:15 AM

What are you sewing?